This Is Where They Met Exhibition, Munich

I recently had the plesure of collaborating with Helen Carnac to create a work that is being shown at  this is where they met. It is a group exhibition by Jewellery Sessions at Galerie Platina, Munich Germany. We created piece entitled In Circulation. It runs 06 Mar – 12 Mar 2012.  You can check out our process-development blog here 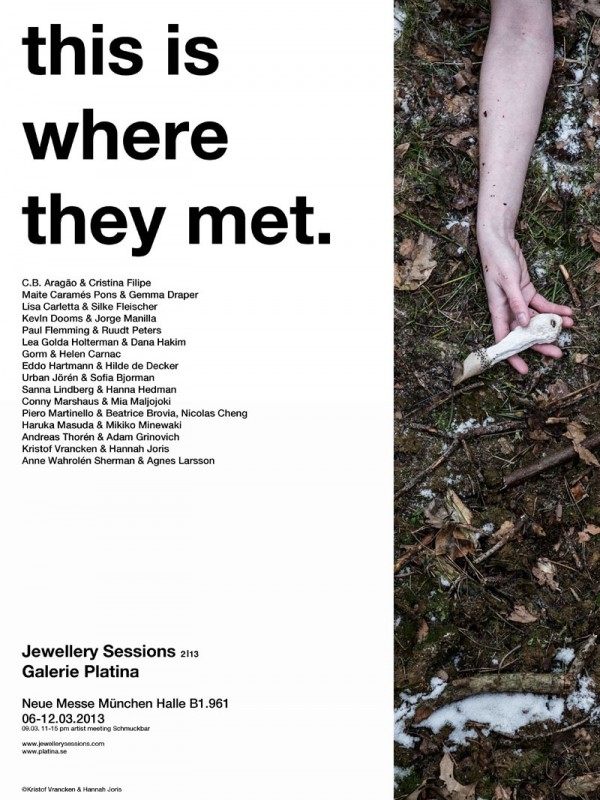 Helen says of their colloboration:

“We have spent January together exploring moving around, from the studio and out, walking in London where we both live. Down at the edge of the River Thames I explored the surface of the ground and collected pieces that became the beginnings of an exploration back in my studio…Gorm watched and recorded what was going on, the pieces  collected at the River were later returned and placed back near where they were found. Their function to act as agents in a thinking process.”

Helen has also made this clip featuring the piece: